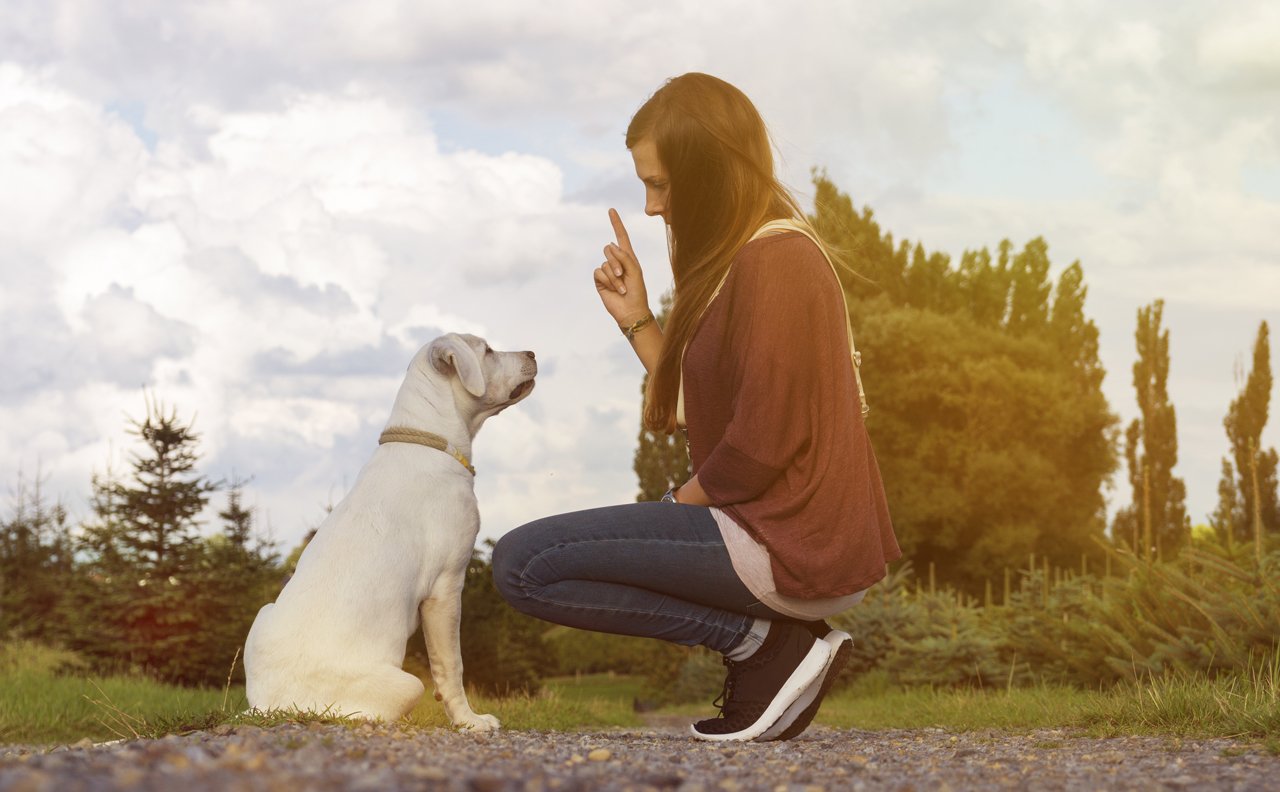 Puppy School – What dogs can teach us about ourselves. 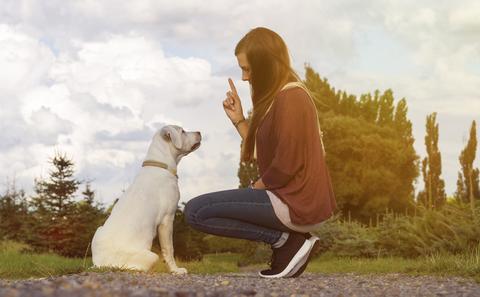 What dogs can teach us about ourselves

Have you ever seen a dog that looks like its owner? What about one that behaves like its owner? The latter is far more common, I think. Even more so having watched Channel 4’s Puppy School. We dipped in and out of it; and caught a couple of episodes. I was curious to see what challenges people were facing with their pups and, within a few minutes, I was thinking: ‘It’s not the puppies with the problems, it’s the owners’. And I wasn’t wrong (insert smug face here).

Oli, one of the puppy trainers, said it himself: it’s not the puppies we are training, it’s training human behaviour. Anyone who has spent any time with a dog knows that they are very finely attuned to our emotions. They can sense when we are happy or sad, frustrated or excited, without us saying a word, and they will often mimic that, particularly puppies. So, it’s important to set the right example for them.

The first Luna we met was a Labrador pup whose owner Ella was struggling to calm her down and get her to obey instructions. Ella is a mother to four children under the age of four, so immediately you’re wondering why in the world she would add another responsibility to her life. It was explained that since having her children Ella developed a lot of anxiety about going outside and so she got a dog to help give her confidence when out and about. However, Ella’s lack of confidence and her uncertainty were being reflected in Luna who couldn’t settle.

The other Luna was adopted by her new family who were preparing to be empty nesters. Both of their sons were leaving home and they thought a new dog would help with the transition. What did they do? They began treating her like a baby. Speaking to her in a baby voice and, essentially, spoiling her. Everything seemed like a game to her. When she peed on the floor, they didn’t show her it was wrong in a way she could understand it. They said it in human words, and it was all very jokey and playful, and the dog began to think that it was a game.

One thing I thought very interesting about Puppy School is that one of the first things they tell the owners is that their dogs don’t speak English. It’s obvious; but how many times have you, or heard other people, repeatedly telling puppies: ‘Sit, sit, sit…’ and changing tone as if that was the problem? If you tell them to sit, they don’t know what that means, they need to be shown.

I’ve also heard elsewhere that you shouldn’t repeat the commands to your dog. Rather than telling them over and over again to do something and rewarding them when they decide they want to do it; you need to teach them to respond immediately. This is great in theory, but if you have a wayward dog getting them to respond to any command, even if it takes repeating, will feel like a win.

The other interesting thing was that the animal behaviourist in the team, Hannah, said we need to teach dogs ‘yes’ first. This means we should reward their good behaviour, reward them when they do what they are told to do and, then, when they are not rewarded for bad behaviour, they will learn what’s not acceptable.

The experts did this by telling the pups to sit, holding a treat in their hand and guiding the dogs into a seated position. Once there, they got the reward. This is done on repeat until they learn. Obviously, you don’t want to be giving your dog a treat every time they sit on command, so you can slowly withdraw that and give them praise, which dogs also love.

I think it’s important to be confident in your decisions and your commands when you are dealing with dogs. They look to you as their master, their leader, to tell them what to do and if you are hesitant or unsure of yourself it sends mixed messages to the animal. You need to think in black & white. There should be no middle ground for Dogs. Its not a negotiation. And it’s important that everyone in the family is the same. Kaya is a family dog, and she responds well to commands from people generally, but if I’m around she will often look to me for confirmation. It’s natural that they align themselves to one person. However, as a family pet it’s also important that when I’m not there she is well behaved. Benji, the three dogs in this episode had this problem, or to be more honest, his owners had this problem, plus Benji was a bit of a biter, especially with the children in the family. The experts said part of the trouble here is that kids get too excited when they are playing with dogs, and just like taking their lessons from adults, the dogs – especially puppies – respond in kind, but puppy play involves biting. Kaya often plays with other dogs in this way. But trying to keep them from being over-excited is an important part of growing up. Obviously, you don’t want your children or anyone else’s children getting hurt in the meantime, so if the dog is getting over excited you can try to calm them down, distract them with a treat or give them something else to chew on. Also, the experts say you need to let them know biting is wrong, the same way we do with children. Saying ‘ow’, or ‘no’, and moving away from them will let them know they have misbehaved. All of this has to be done in a measured and more importantly, a consistent manner. Stick to the plan and everything will fall into place in no time!

Feel free to pop in for a chat about any issues you may have regarding Dog/Puppy training…if we can’t help directly, we can guide you in the right direction towards a professional trainer or behaviourist.

Thanks for reading and good luck with the training!